Pictures of long lines of Venezuelans hoping to vote abroad dominated social media on Sunday — but in fact Venezuelans didn’t just vote in Bogotá, Miami and Madrid. The Consulta Popular somehow put together voting places everywhere from Djibouti and Malaysia to Belarus, Reunion Island and Uganda.

Yes, Uganda, where the official MUD guidance on the voting center said to go to Entebbe Sailing Club and “ask for Igor.”

“I first heard about the consultation in early July but couldn’t find any information about how to vote,” Igor Markov tells us on the line from Entebbe. “On June 13th someone forwarded a message from VenMundo listing the Sovereign Points (voting stations) and just one was in the African Continent: Maputo, Mozambique. Being the only Venezuelan on the list living in Uganda, I reasoned it was my duty to create a polling point here, so I immediately wrote VenMundo and they swiftly got me in touch.”

To his relief, eventually Nigeria and Angola got their own polling stations.

In what Igor calls the biggest mistake and the greatest decision of his life, he arrived in Uganda in 2009 for a year as a volunteer and fell in love with the country. For him, the east African republic represents not just breathtaking nature and friendly people but something much more, “the warmth and spontaneity of the third world together with the peace and security which we haven’t seen in Venezuela for a long time.”

Setting up his Punto Soberano on a table at the Entebbe Sailing Club was easy. The trickiest part, Igor says, was contacting others. The only other Venezuelan he knew, Liliana, but she was out of town. She did make an effort to put him in contact with Patricia, though.

“I only made contact with her by Sunday afternoon, but she gave me a pleasant surprise: Rebeca is another Venezuelan staying in Uganda. So I went from being stressed about not having another Venezuelan witness to having three whole voters representing our country here.”

For the local people, Igor says, South America is a mystery the same way not many Venezuelans could be expected to locate Uganda in a map. “They don’t know what an arepa is any more than a Venezuelan would know what matooke is.”

But he manages to find some interest, people who wonder how a country so rich could be in such a desperate situation. “I have a small group of online and real-life Ugandan friends who follow our struggle and their support means a lot to me. It’s good to have someone who understands your insomnia or mood swings.”

Recently, he was interviewed on a popular radio show in Kampala about the protests in Venezuela. He comments he was touched by the support of some of the Ugandans who reached out with questions about the country and has been recognized by strangers on the street a couple of times.

After living in the country so long, Igor says he doesn’t tend to hang out in Uganda’s expat circles, where the few Venezuelans that come and go usually hang around. So when he met with Patricia and Rebeca, he couldn’t help but be moved.

“Very few things unite people as much as adversity and I can say that as soon as we met,” he tells me, excited. “We could share that familiarity which is difficult to describe. Suffice it to say that we will have an arepada very soon. “

Elsewhere, whether three or 30,000 votes were counted, the same sense of unity could be felt across dozens of nations in every continent despite all kind of obstacles.

In Barcelona, the City Hall didn’t allow the Consultation to take place in the space that was originally planned, forcing people to cast their vote outside. In Saudi Arabia, they set up their polling station on a Saturday to avoid conflicting with local laws, in Santiago they had to face everything from snow to far higher numbers than they were prepared for. Sadly, many didn’t have the chance to vote.

Each locale had to face its own struggles: Igor’s was personal, quixotic

“When my loved ones have to suffer humiliation, repression, shortages, violence and a comprehensive assault on their freedoms, the least I can do is organize myself and print some electoral materials so that I can add my voice to their struggle.”

Igor is not exactly an idealist. He’s aware chavismo won’t leave power so easily and that fixing the country’s problems won’t be simple. But, for him, Sunday’s vote needs to be celebrated, not excused. “Mobilizing over seven million Venezuelans against intimidation, censorship, dirty tactics and a government that only serves its criminal agenda is a historic milestone. That so many of us abroad put the local spotlight on our crisis is no small feat either.”

Igor feels at home in Uganda now, but setting his Punto Soberano at the Entebbe Sailing Club for himself and two others meant hope.

“It’s the first time in a long while that I can feel something positive out of the big mess that our country has become,” he says earnestly. “Look at how much we achieved by organizing ourselves, rolling up our sleeves and daring to act. Now imagine the country we can build when freedom and plurality are restored.”

And after you close the polling station and do your bid to improve Venezuela, what do you do?

“We sovereignly ended the ley seca and celebrated with a shot of Venezuelan rum and dark chocolate. Home never tasted better.” 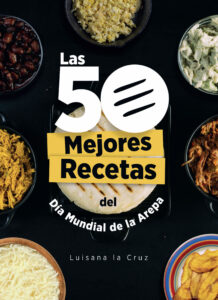